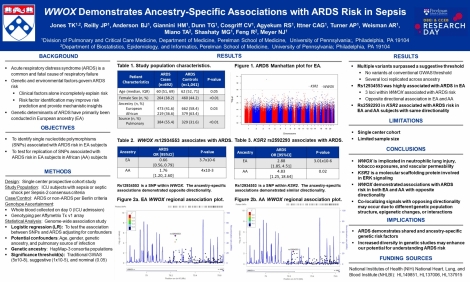 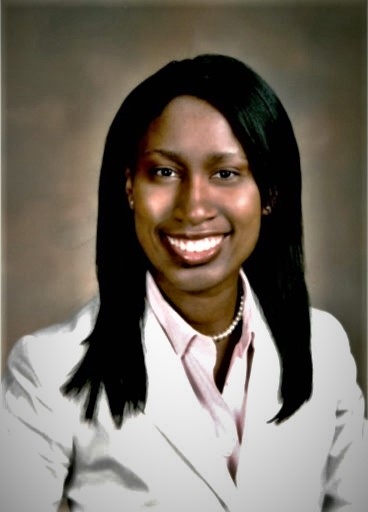 Dr. Jones is a pulmonologist and genetic epidemiologist who investigates the genetic determinants of respiratory failure during critical illness. Her primary research interest is the elucidation of the molecular and genetic risk factors governing susceptibility to the acute respiratory distress syndrome (ARDS).

Methods: We enrolled 1,733 critically ill patients with sepsis and extracted DNA from whole blood. Genotype was ascertained by Affymetrix Axiom TxArrayv1. ARDS was phenotyped by Berlin criteria.  We applied multivariable logistic regression to test the association of genotype with ARDS risk adjusting for age, sex, and genetic ancestry. We used the larger EA population for discovery and AA as the replication population. A p-value of 5x10-8 was considered the genome-wide significance threshold, and a p-value of 1x10-5 was considered the nominal threshold based on the anticipated power.