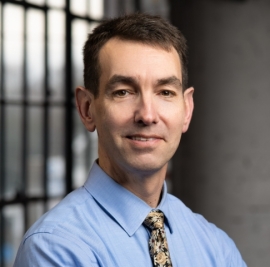 Sean Hennessy uses healthcare data to generate real world evidence about the health effects of prescription drugs. His team has identified a survival benefit of potassium supplementation in users of loop diuretics and studied serious health consequences of drug-drug interactions involving high-risk drugs including anticoagulants, antidiabetes agents and antiplatelet agents. His research has produced crucial knowledge about the cardiovascular safety of many widely-used drugs for mental health conditions including ADHD, depression and schizophrenia. He also evaluated an early approach to using medical insurance data to improve prescribing, finding it ineffective despite its federal mandate. This contributed to the omission of drug utilization review programs from Medicare Part D. He co-led a pair of studies demonstrating the effectiveness and safety of the SA14-14-2 vaccine for Japanese encephalitis (JE), which subsequently led to the immunization of millions of children per year in many populous countries including Cambodia, India, Malaysia, Nepal, Sri Lanka and Thailand. Use of that vaccine has been credited with reducing the incidence of JE. He co-developed the instrumented difference-in-differences design for study of the effects of rapidly increasing or declining exposures. He was also the senior author of a citizen petition to the U.S. Food and Drug Administration that led to re-labeling of metformin, the best-proven oral drug for diabetes, to permit its use in persons with mild to moderate renal insufficiency.

Director, Center for Real-World Effectiveness and Safety of Therapeutics (CREST)

methods for identifying and studying the health effects of drug-drug interactions; causal inference