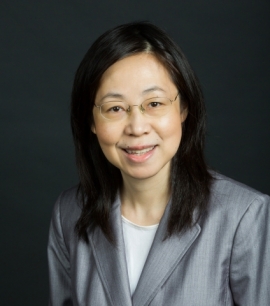 Dr. Xie's current research goals are twofold. First, she continues to develop new statistical methods for measurement error problems, missing data, longitudinal analysis, survival analysis, and receiver operating characteristic (ROC) analysis in response to methodological problems that arise in her collaborative work in the research of neurodegenerative diseases (e.g., Alzheimer's disease, Parkinson's disease, frontotemporal dementia, amyotrophic lateral sclerosis) and in other collaborative research. She has developed new methods to reduce the biases of relative risk estimators in Cox regression models in the presence of covariate measurement error. She has also developed innovative methods to reduce bias in diagnostic evaluation measures for biomarkers with measurement error and to improve efficiency in survival analysis with uncertain endpoints using a validation subsample.

Second, she continues to develop techniques and markers to better understand the progression of neurodegenerative diseases. As a primary example, Dr. Xie and colleagues examined the rate of decline in Alzheimer's disease measured by a dementia severity rating scale (DSRS). Dr. Xie found that the rate of decline was linear, using this rating scale. This linearity has significant advantages for clinical trials. Treatment effects in a trial would be seen in the DSRS as a slowing of the linear rate of change during some or all stages of the disease. This is much easier than evaluating estimated treatment effects in a measure that does not change linearly.

Dr. Xie was the recipient of the 1999 Young Investigator Award of Statistics in the Epidemiology Section of the American Statistical Association, and the 2005 and 2011 recipient of the University of Pennsylvania Graduate Program in Biostatistics Teaching Award. She was an elected standing member of the National Institute of Aging Alzheimer's Disease Center Data Core Steering Committee during 2007 and 2010 (chair during July 2008 and July 2009). She is an elected standing member of the National Alzheimer's Coordinating Center (NACC) Scientific Review Committee for National Institute of Aging (2015-2019). She is also an elected standing member of the Parkinson Study Group Scientific Review Committee (2016 – present). Dr. Xie is currently an associate editor of Alzheimer's & Dementia.