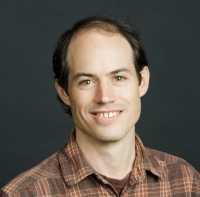 Once they’d seen Michael Levy’s answer to the question “How did you get into science?” the PhD admissions committee at Emory University had to say yes. After graduating from Amherst College, Dr. Levy taught English in Santiago, Chile. Things took a turn when he befriended a clown and traveled with a circus. At the tip of Chile he spent time reading up on evolutionary biology and decided to go to graduate school. His PhD focus (Population Biology, Ecology and Evolution) was decided. But that still didn’t make his path predictable.

He would come to be best known for work on Chagas disease, an insect-borne disease common in South America, Central America and Mexico. Along the way, however, he would intern for the Smithsonian in Panama; segue back to his hometown for courses at Penn; take organic chemistry at the University of Panama (for only $26); and work on tuberculosis in Peru. During his PhD work, he would return to Peru and finally address Chagas.

He started work on Chagas in 2004, and the rest is history. “In Arequipa, as in many other areas, a whole generation has been protected from Chagas disease. The Ministry of Health and our team are now in the 'surveillance stage,' trying to ensure transmission isn't allowed to start up again,” Dr. Levy says.

In 2011 he began engaging Penn students in fighting a local plague: bed bugs. Then bed bugs hit Peru, and Dr. Levy’s lab in Arequipa found that they, too, are very capable of transmitting the Chagas parasite.

Multiple next steps beckon. Should bed bugs be on the Chagas agenda? “In Peru there is a potential haystack of Chagas disease, and the bed bugs are still a needle,” he comments. “In the States, we have a haystack of bed bugs, and the Chagas is the needle.” And then there’s the “last mile” question: Should he aim to eliminate the triatomine bug, the usual Chagas suspect, from Arequipa? Stay tuned for the next chapter in his story.