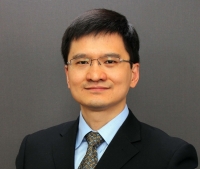 Qi Long, PhD, is a man constantly in motion—both figuratively and, as often possible, literally. Early on he gravitated both toward biology—he studied biochemistry at the University of Science and Technology of China—and toward all things numeric. A PhD in biostatistics at the University of Michigan proved a great fit—not just because the field married those two loves, but because the Big Ten school got him started on a new analytical passion: football.

He’s accrued a huge range of research subject matter—cancer, cardiovascular disease, diabetes, kidney disease, mental health, stroke—not always by design but because over time at Emory University, his home base before he came to Penn in March, he successfully cultivated collaborations with so many different biomedical researchers. His research group works with numerous types of “big” biomedical data. Yet on any given day, as he walks from Center City to West Philly (so as not to get stuck in traffic; he hates that), he might be thinking about the methodological Holy Grail he is still reaching for.

“We use omics data to build a prediction model for disease risk in one project. Then we use electronic health records (EHRs) or mobile-device data for certain others,” he says. “But ultimately I want to integrate big data from all those domains to advance precision medicine and population health—and that presents substantial analytical challenges.”

The Perelman School of Medicine’s collaborative culture and the DBEI’s three-discipline structure attracted him here, as did his appointment directing the Biostatistics Core at the Abramson Cancer Center. “I also appreciate Penn’s attention to diversity in its broadest sense:  both the breadth of the research and the range of cultural backgrounds. I have always cherished that,” he says. “I find it enriches scientific inquiry overall.”