How Our ‘Birth Environment’ Can Influence Our Health

How Our ‘Birth Environment’ Can Influence Our Health 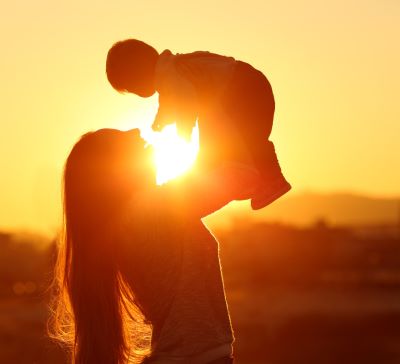 Some links between our environment and our health are well known; air-quality alerts, for instance, are a regular part of the daily news. But few of us are aware that some of our major health risks were actually predicted by environmental factors our mothers experienced while we were still in the womb. Perhaps more surprising, some environmental conditions, including temperature and humidity, can even affect the number of grandchildren we will have. This bigger picture is known as the “birth environment”—and its influence on health has long fascinated Mary Regina Boland, PhD. Her work on the theme—conducted using data from around the world, on a myriad of health conditions and diseases—has yielded a series of scientific insights that has colored her thinking about which things we can change in our environment and our lives to achieve better health outcomes.

In 2015, while still earning her doctorate in biomedical informatics, she developed a novel algorithm inspired by some enticing gaps in the medical literature. “We had been looking at findings that connected women’s low vitamin D levels with increased risk of schizophrenia in their babies,” she recalls. “Then we came across several disease-focused studies, including some on asthma, which used birth season as a proxy for vitamin D exposure. But each of these approaches cherry-picked a particular question, and we wondered: Has anyone looked at all major diseases and birth season?”

Dr. Boland built a hypothesis-free method that searched for birth-season “signals” across all diseases that were in the electronic health record with at least 1000 patients. In the 2015 study and in a 2017 follow-up published shortly after she came to Penn, her team confirmed some known birth-season links. A novel finding at the time—which was later confirmed in a study of dogs—was that a mother’s first-trimester exposure to fine air particulates—air pollution that is typically more concentrated in warm temperatures—increases her baby’s risk of cardiovascular disease. They also uncovered some novel insights that built on existing knowledge, including a link between the season that a woman is born and her future fertility. However the biological mechanisms were still somewhat unclear, and Dr. Boland would later investigate further.

Her most recent work is a meta-analysis that draws insights across 22 human studies on the relationship between temperature at birth and female fertility later in life. And indeed, this study in Nature Scientific Reports shows the factors at work are more complicated than we previously believed. At one time it was thought that a baby’s exposure to high temperatures at birth resulted in more loss of oocytes (cells that become eggs), and that this alone explained why a girl’s birth season affected the number of children she would have. Instead it now appears the link has several components, including altitude, rainfall and temperature. This means that it’s the very specific birth environment your daughter is born into that can affect the number of children she has—which is to say, your number of grandchildren.

The Social Context for ADHD

Some of Dr. Boland’s research, on the other hand, has highlighted phenomena that we clearly can’t chalk up to birth season—and this, too, has proved enlightening. In the course of the 2017 study, the team gained some important insights about diagnoses that are actually shaped more by cultural context rather than by environmental factors.  Children who entered kindergarten at a younger age than their peers were almost 18 percent more likely to receive a diagnosis of attention deficit and hyperactivity disorder (ADHD). And as Dr. Boland and co-authors later commented in a letter in the New England Journal of Medicine, the study showed the relative-age effect was true worldwide—over six sites, with four different school-start cutoff dates, including in Asia and the United States of America. The international element here, as in this whole series of studies, strengthens the findings—because it means that other, confounding variables—possible red herrings—could be accounted for using informatics algorithms.

“I believe this does have implications for all parents with children born close to school cutoff dates,” Dr. Boland says. “We found increased risk of ADHD even among children born two to three months prior to the cutoff. So for instance, the parents of a child born in the summer months for a 9/1 cutoff may want to consider whether the child's ADHD diagnosis is really due to a relative age effect. They may want to seek further testing to delineate the difference between true ADHD and just being young.”

How It All Adds Up

Many of these findings beg further investigation—and taken together, they also suggest a different frame of thought about health issues that we now know are linked to birth season. “I’m fascinated by the idea that factors like air pollution can affect things so much later in life,” Dr. Boland comments. “You tend to be diagnosed with cardiovascular conditions when you’re around 40, at least. For the reproductive conditions, most people aren’t diagnosed before age 30. These environmental exposures that were in play when you were inside your mom can affect you 25, 35, or 40 years later.”

So, she points out, positive changes we make to the environment now—to reduce air pollution, to control climate change—can have an even larger effect for future generations than we thought possible.  “In the end, maybe we’re a bit less in control of our own health outcomes than we like to believe—and we have more influence than we suspected, over those of our children,” she says.

Mary Regina Boland, PhD, and various team members authored this series of studies. See the each of the study links in this article for the full lists of authors.