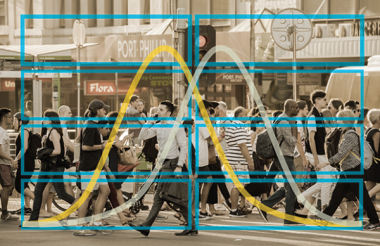 Members of the biostatistics faculty lead research that develops novel statistical-methods approaches to meet complex data challenges across many domains. They design and conduct national, multi-center clinical trials and direct clinical-research networks. They contribute as team scientists to biomedical, behavioral, clinical and translational research across many disciplines, in a wide array of studies within the Center for Clinical Epidemiology and Biostatistics, in various schools at Penn, and nationally—interpreting the data and drawing accurate inferences from the findings.

The DBEI brings their work into close proximity and collaboration with cutting-edge research in epidemiology and informatics. We invite you to explore their latest publications focused on methods and basic science here.

Find their latest applied and team-science work on the website of the Center for Clinical Epidemiology and Biostatistics.

Unmeasured confounding almost always exists in observational studies—and it can bias our analysis of the effects we see in patients. These new findings can point researchers in various situations toward the best statistical methods to combat dominant types of unmeasured confounders.

The importance of a study is often inappropriately defined by the P value, the authors write, and this problem is highlighted by the use of “trend”—a term for which there is no definition—to refer to statistically non-significant results. To make a case in point, they set out to characterize the degree of overreliance on P values in high-impact oncology literature.

A new statistical method identifies bacteria that grow at different rates in disease, such as inflammatory bowel disease, vs. in normal individuals. The potential: develop treatments by inhibiting or promoting bacterial growth.

Differences in Activity Patterns May Point to Biomarkers for Bipolar Disorder

Each year in the U.S., bipolar disorder affects about six million adults, and about 16 million adults experience at least one major depressive episode,  according to the National Institute of Mental Health. This study is the largest to date that examined motor-activity patterns in people who represent the full range of mood-disorder subgroups--(Bipolar I (BPI), Bipolar II (BPII) and major depression (MDD)--in a non-clinical population sample. Its findings are thus are more likely to apply to the general community and to offer usable clues about biomarkers for mood disorders.

Cognitive behavioral therapy (CBT) is known to be an effective treatment for patients with major depressive disorder (MDD) or post-traumatic stress disorder (PTSD). But can we actually see these effects in the brain? This team sought to find out.

Prediction models have been widely adopted in clinical research and medical practice, yet there are often major concerns about whether such models can be used across different populations, in different clinical settings. Relatively little research has been done to develop general approaches that can improve model performance in these situations. The authors set out to fill this gap.

The Bayesian nonparametric approach can yield a more complete, more accurate measure of how effective a health intervention—an incentive to adopt a new exercise regimen, for example—truly is.

The authors sought to improve the accuracy of magnetic resonance imaging for diagnosing Alzheimer's disease—a condition that is notoriously difficult to pin down.

The products of different scanners and imaging sites vary, meaning that structural MRI studies can have biases and can lack reproducibility. The investigators proposed a method that can help solve that problem.